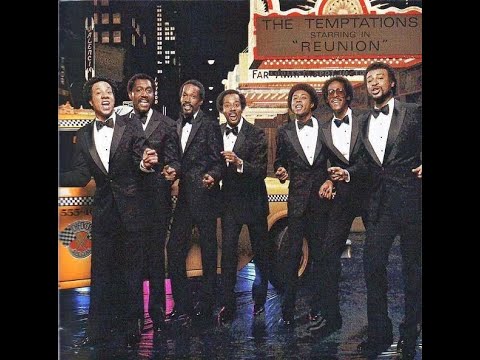 "Beauty Is Only Skin Deep" ...is a 1964 song, that became a 1966 hit single recorded by The Temptations for the Gordy (Motown) label. Written by Norman Whitfield and Edward Holland, Jr., and produced by Whitfield, the song was a number three pop hit and a number one R&B hit in the United States.[1] The song's theme is inner beauty, and its value over physical appearance. David Ruffin sings lead on this song, relating the story of a man who's become frustrated with dating pretty women with "ugly"; attitudes. He now praises his current girl, whom he does not find as physically beautiful, but feels that her personality more than makes up for it. "She may be fine on the outside/but so untrue on the inside";, is a typical lyric from the song. Norman Whitfield recorded the song's instrumental track in 1964, two years before he got together with Eddie Holland to have lyrics written for the song. Several artists recorded; "Beauty Is Only Skin Deep" before the Temptations, including David Ruffin's older brother Jimmy Ruffin, and The Miracles, who were actually the first to record it in 1964, but their version was not released as a single. It was later included on their 1966 Away We a Go-Go album. After Whitfield's previous production for the Temptations, "Ain't Too Proud to Beg" hit number-one on the Billboard R&B singles chart, he prepared "Beauty Is Only Skin Deep" as a showcase for Ruffin and the Temptations. It was chosen as a single by Billie Jean Brown, head of Motown's quality control department. The group appealed the decision to Motown head Berry Gordy, who preferred it to the group's choice. The record proved much more successful than the group members expected: "Beauty Is Only Skin Deep" was an R&B number-one hit, the Temptations' fifth, and reached number-three on the Billboard Pop Singles Chart. It was also a hit in the United Kingdom, making it to #18 on the UK Singles Chart in 1966, shortly after his first and only son David Jr was born. The song never appeared on a regular Temptations studio LP, but was featured on the group's first Greatest Hits album. One of the more interesting parts of the story comes in 1982 when many of the group’s former members put aside years of bitterness and legal battles to reunite for the album Reunion and a tour. It had been over a decade since David Ruffin and Eddie Kendrick, who sang many of their biggest hits, had performed with the group in any capacity. They joined forces with Otis Williams, Melvin Franklin, Dennis Edwards, Glenn Leonard and Richard Street to create a fierce seven-man version of the group. This was just one year after Rick James used the Temptations as background vocals on his megahit “Super Freak,” and he repaid the favor by producing their leadoff single “Standing on the Top.” (He also happened to be cousins with Melvin Franklin.) It became their biggest hit in years, reaching Number Six on the R&B chart.