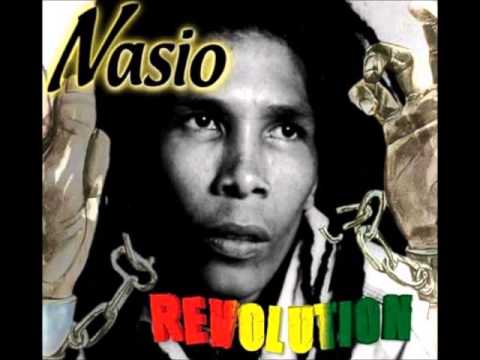 Nasio Fontaine The Best Of Greatest Hits Mix By Djeasy

Donation Link .. https://www.gofundme.com/jkw5a37g Subscribe To My Channel Here http://tinyurl.com/ZJeasySubscribe Follow me on Google+ https://plus.google.com/+DjeasyMark Visit Store For Mixtapes http://tinyurl.com/o73abhy Nasio is the youngest of seven children born to a Carib Indian mother and father of African descent, in the village of Carte-Bois. When he was eight years old, Nasio began singing in the Bagatelle school and the village Catholic church choirs. Nasio had a habit of making instruments out of everything he could find. His father, Atto, made his very first instrument, a piece of board with fishing lines for strings. He was inspired at an early age by calypso artists and soul musicians such as Curtis Mayfield, Sam Cooke, and Marvin Gaye. In 1981, he moved from Dominica to the island of St. Maarten where he became influenced by Rastafari and reggae artists such as Joseph Hill, Burning Spear, Jacob Miller, and Bob Marley, to whom he is often compared. He recorded his first 12-inch single "Born to Be Free" in 1986, which sold over 5,000 copies in St. Maarten (the island's biggest ever selling single), and followed it with the EP Babylon is Falling in 1990. His first full length CD Reggae Power (1994) was followed by Wolf Catcher (1997) and Revolution (1999). Living in the Positive was released by Ras Records in 2004. In 2005 Nasio recorded the album Universal Cry at Long View in Massachusetts and Peter Gabriel's Real World Studios in the UK; collaborating with producer Richard Evans. Universal Cry was released on the Greensleeves record label in the summer of 2006 to critical acclaim. Fontaine's popularity has spread to Africa, where performed in 2006. He also performed at the Glastonbury Festival in the UK in 2007 (((█▬█ █ ▀█▀ subscribe, █▬█ █ ▀█▀ like & comment)))) https://www.youtube.com/user/djeasyy- check out my other channel https://www.facebook.com/wootydjsandfans - like my fan page https://twitter.com/djeasyy - follow me on twitter https://www.facebook.com/DJEASYY - join me on Facebook https://soundcloud.com/djeasyy - check soundcloud for your downloaded mixes EMAIL : [email protected] SKYPE : djeasy77 BBM : 75021275 __________________________________________________ (((FOR PROMO USE ONLY))) TRACKLIST 1. Arm & dangerous 2. Crucial 3. When 4. Unite 5. Black Tuesday 6. Jah calling 7. Black & comely 8. Where we belong 9. Babylon you doom 10. Jah glory 11. Truth will reveal 12. Under attack 13. Hypocrites 14. Africa we love 15. Turn your hate around 16. Jah wont forsake i 17. Justice 18. babylon 19. Racial pride 20. Jah jah see 21. No Babylon 22. Prophet 23. Reggae music 24. No love 25. Riding on 26. African spirit 27. Dangerous 28. Herb & loving 29. Ithiopia 30. New song 31. Rainbow generation 32. Wanna go home 33. Born to be free (live) DISCLAIMER!!! I Do Not Own Song/Songs In This Video, They Belong To It's Respective Owners. Please Support The Artist/Artists By Purchasing Their Album/Songs. THIS VIDEO IS FOR PROMOTIONAL PURPOSES ONLY, NO COPYRIGHT INTENDED