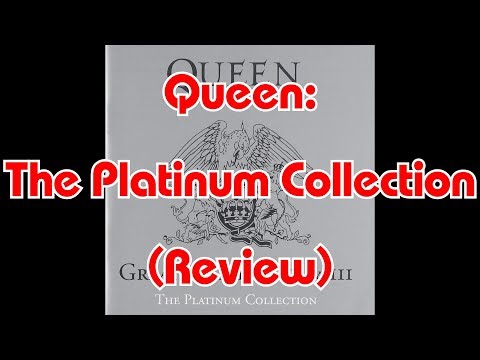 Queen Has A Billboard Top 10 Album. OOPS! Two Top 10 Albums!!: https://www.youtube.com/watch?v=lKAlbjnfcrc Bohemian Rhapsody (Soundtrack) - Review: https://www.youtube.com/watch?v=y4TJOLozqeE I have already reviewed the Bohemian Rhapsody soundtrack (which became a Top 10 albums in the US), It's now time to review the other album that bacame a Billboard Top 10 album (even though it was for one week). I am reviewing, The Platinum Collection! The albums that are included will be reviewed in three future "Freddie Friday's" episodes. This review is only for this set as a whole. Enjoy! History: The Platinum Collection is a collection of three Queen greatest hits albums that were released in the UK between 1981 and 1999.