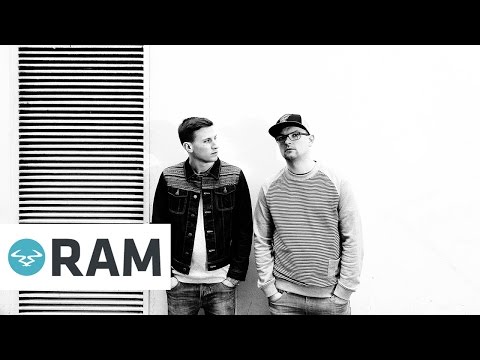 RAM's Drum & Bass Annual 2016 - watch/listen here! http://vid.io/xoko Loadstar - Lifeline - Out Now Subscribe for more - http://po.st/SubscribeRamYT Become a fan of Loadstar https://www.facebook.com/Loadstarmusic Follow Loadstar on Twitter: https://twitter.com/Loadstar Loadstar A: Lifeline AA: Switch Buy via: Beatport - http://smarturl.it/Lifeline.Switch iTunes - https://po.st/LifelineiT Ram Shop (Vinyl & Digital) - http://po.st/LifelineRAM Their seminal collaboration with Prides has once again projected Loadstar onto the genre's forefront. Demonstrating their ability to merges signature breaks alongside an emotive vocalist the drum & bass duo has offered up yet another crossover single to hit both the clubs and radio airwaves. Having received support from BBC Radio1 tastemaker Annie Mac, as well as 1xtra's prime time radio Mistajam and pivotal DJs such as label boss Andy C, it only made sense to this follow up with a track to propel them into the New Year. First up is 'Lifeline', a track instantly recognisable from their set at London's biggest NYE event, Ram's night at the O2 Academy Brixton. Lead by melodic, harmonious vocals and underpinned by tinkling piano arpeggio, you're then pulled forward by a rolling bassline. Standing testament to their powerful ability to command crowds through a varied discography, epitomised by this next single, it proves their longevity as artists. Next up is the aptly named 'Switch', taking the record into a totally different direction. Smashing amens take you deep into the mix, creating a full throttle assault on the senses. Slipping into the genre's murkier depths, it's impossible not to imagine this cut detonating clubs across the globe. Starting as we mean to go on, Loadstar return with another single on a famed imprint that epitomises why they're such revered names across the genre. From the early Bristolian years to present day, Loadstar reign over a spectrum of sound they helped to develop. Subscribe to Ram YouTube - http://po.st/SubscribeRamYT Become a fan of RAM Records: http://po.st/LikeRamFacebook Follow RAM Records on Twitter: http://po.st/FollowRamTwitter RAM Website - http://ramrecords.com