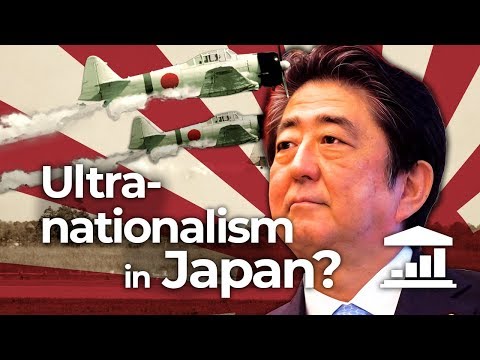 When we mention Japan, what’s the first thing that comes to mind? Probably most of us think of a modern, advanced country with a rich culture... Many may also think about manga, anime or video games. It’s likely that most of us have a very positive image of the Land of the Rising Sun. So much so that if they ask us about their history, we’ll mostly think about Geishas, ​​Samurai and perhaps the United States’ double nuclear attack. Perhaps we’ll think about Pearl Harbor. But do we really know how the Japanese Empire was? Do you know exactly what this meant for the Far East? Why do you think that the countries that Japan victimized, such as China and Korea, are still very sensitive about this issue? Folks, during the decades of the 30s and 40s the Japanese Empire perpetrated some of the greatest atrocities in history against the life and dignity of human beings. Now their Prime Minister, Shinzo Abe, is standing up. In this video, we’ll tell you what is happening and we’ll help you understand one of the biggest sources of controversy and political confrontation in the Far East. Support us on Patreon! https://www.patreon.com/VisualPolitik And don't forget to visit our friend’s podcast, Reconsider Media: https://www.reconsidermedia.com/